I am returning to our band history for this week’s tale. Our rock band, Atlantis, was beginning to produce some decent concerts. Rough, yes, but audiences were starting to approve of what we did. Subtlety was never our forte up to this point and we were limited in the vocal area for the want of a PA system and decent microphones.  Lack of money for equipment was always a problem and the amount we raised through our performances was very limited. 50 or 100 Watt amps were cranked up to ear-bursting levels, distortion was provided not by effect peddles, but by overloading the speakers. The advantage of this was that the audience was hit by a wall of sound and teenagers seemed happy to enjoy the vibe, more than subtle lyrics or virtuoso playing. We shared a lot in common with the Punk Movement that followed a number of years later, but without the spiky hair and safety pins.

There was always a tension within the band and that was both good and bad. The chalk and cheese were Peter and John. John was thorough, methodical and liked a more gentle sound to his music, whereas Peter was more eclectic in his tastes and had a restless side. I was just happy to play and I enjoyed all aspects of being in the band. We had finally got a good drummer at this point called Reg. He was from Alwoodley and his parents were happy to allow us to practise quietly at his house. For some reason Elton John’s Rocket Man sticks in my head as the song that was the hit of the time, so it was 1972. Playing bass along with Reg was a dream. He kept good time and played good rhythms and could put together a decent solo. I found him easy-going and a positive band member. We had played quite a few gigs by this point and were getting a small but supportive following and we slowly added to our repertoire of rock numbers. Peter was the main source of the material, but the rest would chip in and add their mark to the songs and often the lyrics. After the last gig which had been our best received, I thought that we were starting to go places and that we needed to keep the momentum going. At the next band meeting, however, Peter had definite plans. He wanted to dump most of the material and replace it with as yet unwritten numbers. He felt we needed an additional guitarist and suggested Chris. Chris was a good friend of mine, but I really didn’t see the need to throw everything out. John tended to agree with Peter, and Reg was a bit non-committal.  I was overruled and Chris joined and, looking back, it was possibly a good move as when Peter played lead the rhythm loss was quite marked. We had a gig booked at the modern synagogue at Moortown and so we had to have material to play therefore we couldn’t drop everything. 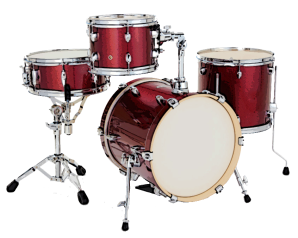 We had a rehearsal, come meeting, at Reg’s house and Peter and John had an idea for a new piece. This was to be an instrumental that had quite an interesting piano start. John and Peter played this to the rest of us and there was agreement that it was a good idea and that it we should work on it after the gig. John and Peter had different ideas. They wanted to add this to the set and I was filled with horror as we hadn’t really played it at all. Reg seemed to share my concerns, but again we were overruled and it was to form part of the show, with a central part of improvisation built around the rhythm section of the drums and bass, before returning to the main theme for the ending. We tried it at Reg’s house in very quiet form and I was quite nervous about this, but the others were adamant.

The day of the gig came and we were told we could set up and do a sound check in the afternoon. The room we were shown was upstairs with a small low un-curtained stage and we were quite impressed as it was a large, modern venue with good acoustics.  We had to lug our heavy speaker cabinets and amps up the stairs and it was one of the many times I was glad that I didn’t play the drums. The drums were always heavy and difficult to carry and set up. I think Reg’s dad had a large estate car, otherwise it would have meant several trips. Eventually we were ready to do our sound check and in particular to try out the new piece, called Atlantis 2. Tuning was always a bit hit and miss, but eventually we were ready and we ran through our set. We had noticed that there were other people in the building, but we didn’t really give it much thought as we had permission. We started our set with gusto and underlying nervousness. It was clear this was a step up in venues and we wanted the performance to be successful. This along with the untested and tried Atlantis 2, added to my anxiety. The run through went pleasingly well and we then tried the new number. It started well and then we entered the long improvised section. I think I had a basic bass pattern of about four notes whilst Peter and John improvised over the top in a similar fashion to early Pink Floyd. I played the bass with my fingers rather than a plectrum and I often suffered with sore finger ends and by the end of the run through they were particularly sore. I don’t think we had quite finished before a very irate middle-aged lady burst in. She was livid. “You’ve ruined my daughter’s wedding!”she yelled. Apparently there was a wedding taking place below us, but we were totally unaware. We apologised, explained that we had permission and that we would stop. It did strike me at the time that I couldn’t see why she had waited so long. If any of the wedding party reads this, then please accept our apology and we hope that the marriage was very successful. We had never been wedding singers before that time! 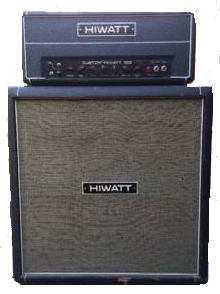 This incident did not bode well for the evening performance and the omens made me even more nervous. We took a break, much to the joy of the wedding party, I assume, and returned in the evening shortly before the evening gig was to start. We checked the equipment, did a quick tune-up and the audience began to arrive. The room had a low ceiling and was wider than it was deep. This gave the feeling of a larger crowd and the stage being only a foot high it was a very intimate atmosphere. The small stage pushed me back very close to Reg’s drums and made hearing the others difficult, but I felt that if we played together then the others would follow and we’d hold it together. My playing wasn’t anything fancy, but it served its purpose and the gig started and the audience listened attentively and this was quite intimidating. In the past, many in the audience didn’t pay great attention and it served more as a background to teenage courting rituals, but this time we had their full attention. I seem to remember that John started off with a solo number again and it went down well and then we hit the band set and again the response after the first number was generous applause. This took me aback and I just hoped we could keep it up. My fingers were beginning to really hurt, but the adrenalin kept the pain at bay. Despite the difficulty in monitoring the rest of the band we held the numbers together and reached the crunch moment, Atlantis 2. I really didn’t want to do this. We had gone so well so far and it seemed a risk we didn’t need to take. Peter and John, though, were having the time of their lives and there was friendly banter between the numbers, with each other and the audience. I think it was Peter that introduced Atlantis 2 and he may even have referred to the fact that we had never performed it in front of an audience. At this point there was a central part of the audience sitting before the low stage enjoying the performance as if we were really good. This just shows how you can fool people who are wanting to have a good time and was probably helped along by our band of supporters who were always enthusiastic about everything we did. Their enthusiasm was clearly contagious and I am not sure we ever really showed our appreciation.

The moment came. The electric piano started and we were off and running. Once we had started the nerves disappeared and I just had to focus on Reg’s drums and my playing. The opening theme was tight and impressive, but then we entered unknown territory. The improvised section started and I had to maintain the regular bass pattern. There was no opportunity for me to join in with anything different and those four notes just ran on and on. The audience gave us their full attention. I could see the looks on the faces of the nearest and they seemed almost mesmerised. At the time I wasn’t sure if that was because they couldn’t believe what they were hearing, or whether they were moved by it. My fingers were killing at this point and it was a struggle to maintain the pattern, but I did. John and Peter seemed quite inspired, or at least lost in their own worlds, and the number ran on and on. Finally the signal was given and we ran back into the main theme and we came to a dramatic closure. The audience went relatively wild. It was the best received number of the evening and I was flabbergasted and ready to eat humble pie. We finished the set and turned off the instruments and congratulated each other. I accepted that both John and Peter were right. As we were turning off, someone I recognised came up and spoke to me. He was the Head Boy of Roundhay School and I am not sure now of his name. I am sure someone will let me know. He was very encouraging, loved the ‘Floyd-like number’ and really dug what we were trying to do. This was about the most positive thing anyone had ever said to me about our music up to then and really made up for the agony of my first two fingers of my right hand. Bass strings are very thick and they had turned the end of each of the two fingers to blood blisters. I guess everyone has to suffer for their art!

The old recording was made around the time of the concert in the story and featured Reg on drums.

Of course the rest of the evening was our packing away after celebrating the success. As usual, it was late by the time parents had come and collected the gear and we finally got home. Was this to be the start of greater things? Well not really, but that is another tale.

To mark the soon to be release Book 4 of The Moondial Series, you can download Book 1 The Moonchild free of charge as a Kidle eBook, this Saturday and Sunday 2nd and 3rd May 2020. Click on the Buy on Amazon link and there will be no charge at checkout.