As I have mentioned before, I attended St Edmund’s Youth Club for a number of years. Roundhay School also had a strong link to St Edmunds and I remember attending carol services there each year. The church itself was quite old and intriguing. Each year we would gather in our classes and march up the streets, in what the locals must have felt was an invasion of unruly, long haired youth. It was always interesting what new and novel words boys created for the traditional carols. The three kings sold a range of items and another carol involved Durex, which created high mirth amongst the testosterone overdosed boys. 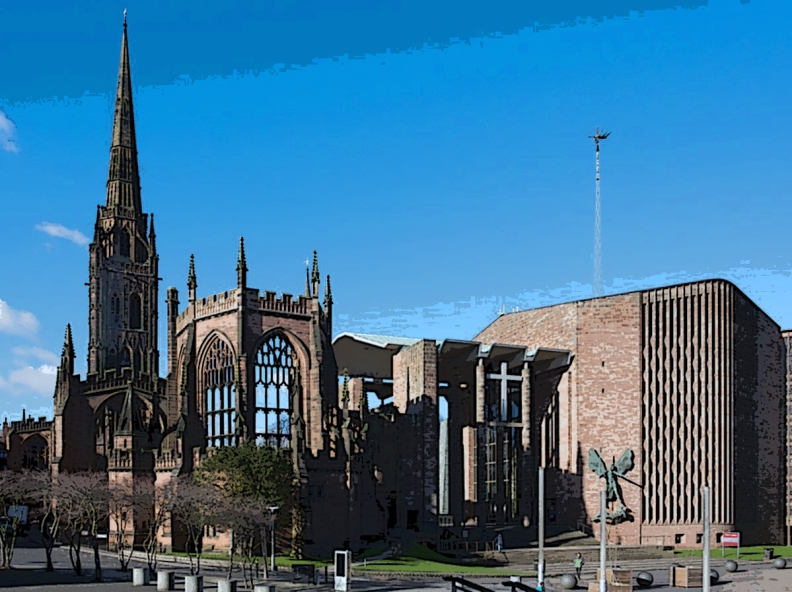 Anyway, I will return to my tale and leave Christmas to the correct season. St Edmunds had arranged a visit to Coventry Cathedral for the club members and it involved a couple of nights at the centre attached to the modern cathedral. This was 1968 and I know it was so because my older brother had recently bought the Beatles White double album. This was the first release and the album had its own individual number stamped on it. These albums are now worth quite a lot of money, which is a shame for my brother, as I didn’t really take great care of it. I put my name down to attend the excursion and, on the day, a coach arrived at St Edmund’s and so did those who were going. I can only hazard a guess that there were about fifty teenagers, with leaders and one or two volunteer parents. One of the volunteers was Mr Smith (Name changed), a local business man. A large number of those attending were pupils of Roundhay Boys’ and Girls’ Schools, but others were from Allerton Grange and maybe other schools. The group was known to each other, but there were cliques amongst them and seating tended to follow the cliques. I suppose some kids were less popular and filled in the gaps. It was quite a long drive down to Coventry and, as you can imagine, there was a lot of excited chatter and I think one or two leaders, but mainly Mr Smith, told us in no uncertain terms, to ‘Shut up!’. Now, in fairness to him, he was middle aged, owned a thriving business, was used to being in control and was probably totally unprepared for the din we produced. I would have been thirteen at the time, as were most of those present, and I can’t say that I was a likeable teenager, at least not in the eyes of the adults present. Long hair, spots, attitude, rock band member, outspoken, aggressive (sometimes) and willing to try anything, were not the attributes that middle aged parents wanted their daughters associating with. However, for some reason, these attributes were attractive to a number of teenage daughters of such parents. As a result, the said Mr Smith took an instant dislike to me, particularly as his daughter seemed to want to hang around with me and my friends. He wandered down the coach and seemed to keep a keen eye on his daughter, as I was sitting next to her, and his expression made it very clear that he would brook no trouble from me. The sad thing was that I took this as something of a challenge. He didn’t like me, therefore I didn’t like him and now I had a purpose for the weekend that was other than just enjoying my time.

(As a parent and a grandparent myself, I now fully understand how he felt. Luckily I have only had sons, and I am not sure how I would have handled a ‘boyfriend from hell’, and I was certainly his worst nightmare.)

The journey down the M1 was uneventful and eventually we arrived at the hostel attached to the Cathedral. We were welcomed by a very approachable and modern member of the clergy who was responsible for the centre. We carried our bags in and were accommodated in dorms with bunk beds. The girls had a couple and I believe the boys did. There was a door between the dorms, but that was locked and kept the genders separated. We soon discovered who was on the other side and there was calling through the door and some rather inappropriate suggestions and a lot of laughter. We chose our bunks, left our bags and went down for an evening meal. My group of friends included Chris M, David B, Stuart S, Nigel C and more of my mates from Roundhay. (If you were there, let me know and I will add you to the roll of honour or dishonour. If I have included you and you were not there, either bask in the glory, or let me know and I will make sure your name is removed.) As it was late, there wasn’t anything to do after we had eaten and cleared up before going to our dorms to settle down for the night. I had a bottom bunk and whilst we were getting ready, one of the boys appeared with an evil gleam in his eye. He had had to go downstairs to get something he had left and had seen the reception and the keys that were nicely marked and hanging there. I will not name that boy, but he is forever to be recognised for this act, as he held in his hand the key for the adjoining door. It was an act of high risk, but even greater reward. He advanced to the door, inserted the key and opened Pandora’s Box. There was a click, the handle was turned and we were met by a strange smell. Whilst our dorm was filled with body odour, Brut and the internal machinations of the human body, the odour that hit us was perfumed and pleasant. What a contrast! 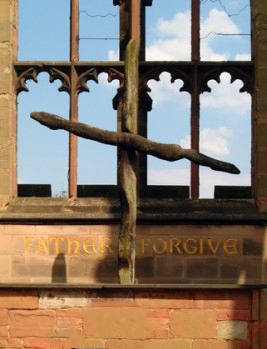 Voices were hushed, there were giggles and some boys wandered into the female realm and one or two brave souls crossed over to the dark side of our dorm. There were some whispered voices, some fumbling and who knows what. I only know that None of the adults would have slept if they had even an inkling of what was taking place. I chatted with Mr Smith’s daughter and we got along quite well, certainly better than I did with her father. Nothing happened that should have upset him, but I still don’t think he would have appreciated his daughter talking to me whilst she wore her night dress. 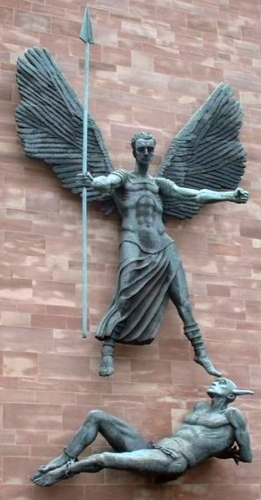 After the initial excitement the dorms returned to their appropriate order. The glee was the breaking of the rules, rather than anything else. The door was locked and the key returned, and no adult was aware of what had occurred. Breakfast was good and then we were escorted to the cathedral for a tour. I had visited a number of times as my aunt used to live in Coventry before moving to Kenilworth, and I used to visit each Easter for a number of years. The old cathedral was bombed during WWII and was the second most bombed city after London. The remains of the original 11th Century cathedral still stood next to the modern one and the cross on the altar was made from burnt rafters. The new cathedral is a very modern building, and there is an enormous sculpture by Jacob Epstein showing ‘St Michael’s Victory over the Devil’. Inside is an enormous modern tapestry of Christ and the floor has coins set into it. The building was ultra modern for its day and not to everyone’s taste and it must have cost a fortune to build.

That evening we were weary and after the meal we were addressed by the clergyman who ran the centre. He asked if we had any questions and there was a twenty minute question and answer session. At one point I asked him about the cost of the cathedral. I asked how the church justified spending so much money on a building whilst there was so much poverty in the world. The clergyman smiled and said that it was a good question that he and the church struggled with. At that point, Mr. Smith interrupted and said, “Don’t listen to him, he’s just anti-establishment!” He was clearly not impressed with my question, but the official of the cathedral smiled and continued to answer me. If there had been any doubt about how I was thought of by Mr. Smith, it was crystal clear how he felt now. His eyes burned into me for the rest of the evening.

The rest of the evening was spent playing table tennis, or listening to music. There was a record player and, seeing as I had my brother’s Beatles White Album with me, it had a good workout. I am sure it was not treated with care and it was probably scratched and damaged as a result. When we retired later the dividing door may well have been opened, but the excitement was probably less. We left after breakfast the next day and, if looks could kill, I would have never survived the coach trip back to St Edmund’s, particularly as Mr. Smith’s daughter sat next to me the whole way back.

For those who enjoy living on the edge. Filmed in Northumberland in 2017.

Parts 1 and 2 of my audiobook Blaze. Free to play on Soundcloud.

4 Replies to “‘Cup of Tea Tales’ – Coventry Capers – Why you should never take teenagers on outings. St. Edmund’s Youth Club.”