There were, of course, other music venues in Leeds and I went to concerts at a number of them. One of these was Leeds Town Hall. Here I saw a many acts, but two in particular stood out as special. 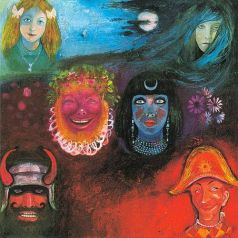 One was King Crimson and this would have been early 1970. This was after the release of their first album, King Crimson, but was when the band was starting to break apart, with the departure of Ian McDonald and Michael Giles. Boz Burrell had been with the band for six weeks and he was playing bass, an instrument he had only played since joining the group. He had replaced Greg Lake on vocals, who had left to join Keith Emerson and formed Emerson, Lake and Palmer. Mel Collins was also new on sax and flute. He was brilliant! It was an amazing concert. The sound of mellotrons filled the hall and Epitaph, 21st Century Schizoid Man were amazing and unlike anything I had ever seen or heard before. The drama of the sounds and the musicianship was spectacular and it was the experience that took me along the path of progressive music. There was humour and a drum solo that ended with the drummer falling over onto his back. One of the songs played was Ladies of the Road, which now would be seen as very politically incorrect and potential evidence in a misbehaviour trial. I left that concert wanting more than anything to be like them and to play in a band.

The second major concert was Deep Purple. It was also in 1970, I believe, and the band were at the height of their fame with Ian Gillan, Ritchie Blackmore, Roger Glover, Ian Paice and Jon Lord, as the line-up. Black Night had been a major hit and the album, Deep Purple in Rock had charted at number 2 in the UK.

They were a great band, but maybe lacked the uniqueness of King Crimson. They had songs such as Child in Time and Speed King that could tear the place apart and their musicianship was great. The most memorable thing about the concert for me, apart from the Blackmore’s guitar playing and Gillan’s vocals, was the drum solo. Now I am not keen on drum solos usually and they seem to be an opportunity for the rest of the band to have a rest and probably a drink and a smoke, or whatever they are into. The band started the introduction to the solo and then band left the stage leaving Ian Paice on drums. He started the solo in a traditional manner and he was clearly a fantastic drummer. He then moved onto electric drums. Now these were in their infancy at the time, and few if any of the audience had heard them before. This added an extra dimension and prevented boredom, which was good as I think he had been playing about twenty minutes at this point. On it went and the audience had just about lost their patience and their minds, when the band returned after what seemed like a lifetime. They finished the track and during the chat to the audience we were informed that the rest of the band had had a curry, across from the town hall, whilst the solo went on. Those were the days! If I had known, I think I would have joined them and returned after the solo. Anyway the band finished their set and were really quite impressive.

Another venue was Leeds University, and I know that I missed out on some great concerts. I could have seen very early Led Zeppelin, but didn’t go. I did see the band Family a couple of times. They had had hits with No Mule’s Fool and The Weaver’s Answer and they had the great voice of Roger Chapman. They were a big act in their day and their concerts provided me with one of the best live experiences and one of the worst. They were a combination of folk, jazz and rock music and the first time I saw them they were brilliant. Charlie Whitney was on guitar, Poli Palmer was on keyboards, vibes and flute, John Wetton on bass and Rob Townsend on drums. They were tight, well balanced and the audience, packed in and sitting on the floor, loved them. The second time I saw them, a year or so later they were awful. They seemed to no longer care. Certainly there were signs of intoxication, or something else, the sound was messy and not at all balanced. I had enjoyed them so much the first time that this was such a disappointment.

One concert I missed at the University was The Who Live at Leeds. It was recorded on the 14th February 1970 and is still held in great esteem as it is thought to be one of the best live albums of all times. I could have gone, but I think I spent the money on something else. Such a shame.

The Queens Hall in Leeds was originally a tram and then a bus depot, but became a music venue from 1961. It was a vast building with poor acoustics and I saw The Jack Bruce Band in 1971. They were supported by Fuzzy Duck and East of Eden who had just had a hit record with Jig-a-jig. I don’t know whether it was because it was a vast empty hall with a stage and the audience were sitting on dirty concrete whilst trucks moved equipment at the sides of the stage, or that the acoustics were beyond anyone’s help, or whether the bands were just not that good, but I was glad to leave at the end of the show. I never returned for another concert there and I can’t say that I missed it.

The Fforde Grene was more than just a Harehills’ pub and for many years it promoted live music. In the 1970s and 80s it was alive with great bands. Some went on to become famous, some already were and some were great but vanished into oblivion. One band that struck a chord with me was called Limelight. I had never heard of them and I expected very little, but they were brilliant. They played mostly Led Zeppelin covers, but were as good, almost, as the real thing. I had a brilliant night and often wondered what had happened to them. I have just done a bit of research and they did produce one self-titled album of heavy metal in 1980.

Other bands at the Fforde Grene were The Sex Pistols, Dire Straits, U2, Simple Minds, Def Leppard and The Rolling Stones. Unfortunately I missed these acts, but I am sure that many remember them.

Live music really got to me in the late 1960s and it was at this time that friends and I formed our first band. Just like many devotees of the time, I would read album covers many times and used to buy the New Musical Express and Sounds to discover what was happening with the acts I loved and the musicians I idolised. Over the years, I have been delighted with the musical skill and originality of the acts I have seen and only rarely disappointed. 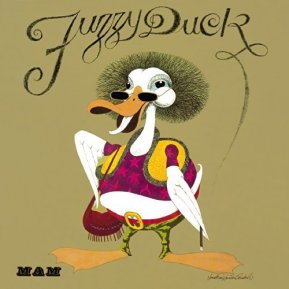