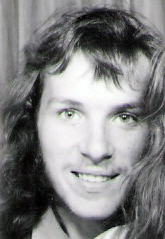 Whilst still attending Roundhay School I started going to Leeds Poly at weekends. I managed to get in originally by looking older than I was, a skill that is only beneficial when one is under age, and by having my older brother’s Student Union Card. The union at the Poly had a couple of snooker tables, cheap beer and best of all, regular concerts, all at a cheap price.

I wasn’t aware at the time, but the University circuit for bands was only just starting and we enjoyed fantastic bands, at fantastic prices and in venues that were small enough to have great views and be up close and personal with the acts. I was trying to think what the very first band was and I think it was Jon Hiseman’s Colosseum. 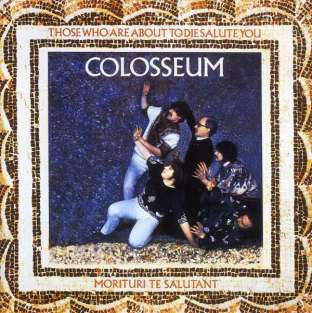 Their album was Those Who Are About To Die Salute You and they were a jazz, rock, blues band. I have checked and can’t see it mentioned, but I believe there was a xylophone player and one of my friends who had had too much to drink kept pushing the xylophone around as he could reach it from where he sat at the front of the stage. I think that a roadie intervened to stop his antics, much to the relief of the musician. Being an audience member at these times was quite serious and most of the concerts were full of earnest sorts with long hair, sitting quietly on the floor and appreciating the musicians and their music. I wasn’t completely taken by Colosseum, but I was captured by live music. 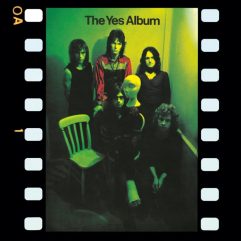 From then on I was a regular at the Poly and saw Yes when they were doing their version of Paul Simon’s America and they had the Poly packed. They were brilliant. I had never seen such musicianship and I loved Chris Squire’s bass playing, Bill Bruford’s drumming and Jon Anderson’s vocals, (my wife hates his voice). America was only released on a sampler album, at the time, but was released on a compilation cd years later. Cat Stevens was also there when Tea For the Tillerman was a major hit in 1970. I did learn to hate the record, as I took part in a 24 hour table tennis hit-out, whilst attending the Methodist youth club at Roundhay, near St Edmunds.  I can’t remember what we were raising money for, but a small group of us had to play continuously. I think there were six of us and we took turns playing whilst the others rested. We played singles and doubles and we slept in the same room, camping on the floor. There was a record player and someone had just bought the album. It was played constantly over the twenty four hours and by the end it drove me mad, when added to the constant noise of the table tennis ball being hit or bouncing on the table. Anyway, we managed it but it put me off table tennis and the record. Cat Stevens’ performance was fantastic and he had a beautiful voice, calm manner and a great band. I saw him about a year ago and he still sings magnificently and he doesn’t look all that different, hair just shorter.

The cost of tickets was around the 10 shillings, fifty pence mark, but even that was quite a lot when I was young. As a result my friends and I would attempt to gain entry through the back of the Poly building to avoid paying. This worked quite well, but security became wised up and for a while there was a bit of a cat and mouse game, before finally it was a mission impossible and we paid like everyone else. Unfortunately alcohol was also a new experience at around this time. I am ashamed to say that I was only fourteen when I started, and this is something that, if there are any children reading, I would not recommend. I got away with it as I did look older than my years, and this is an attribute that has long since lost its appeal. I suppose we are only young once and being foolish is something that all youths have excelled at over the generations. The end of the concerts meant a long walk home as most of the buses had stopped running, or were so infrequent as to make it not worth waiting. Many nights I wove a meandering path down towards the Spencer Place part of Roundhay Road, through Harehills and then up past the Clock Cinema to Gipton Wood Crescent. It was probably quite a risky walk, late at night, but I never gave it much of a thought and I never experienced any problems. To be honest, I never had anything that would have been worth stealing.

Another band that left an impression was Fleetwood Mac. They performed after Peter Green had left and Christine McVie (Christine Perfect as she was) had joined them. She had been in the band Chicken Shack and joined Mac for Kiln House in 1970. I must admit that I can’t remember a great deal about the performance and listening back to the album it lacked the spark of Peter Green’s Mac and Lindsey Buckingham’s Mac years later. One thing I clearly remember is that another friend, I think it was Chris, but other friends think it was another, was sitting under the PA stack that was set on tables. We didn’t take much notice of him as he was well oiled at this time and the band were tight, if not a patch on the previous version. Suddenly, mid number, the sound of the guitars and keyboard stopped and we were left with just drums and the bass. I must admit I wasn’t sure if it was supposed to happen that way, but Mick Fleetwood and John McVie just carried on as if it was meant to be. The instigator of the power cut crawled from beneath the stack of speakers with a sly grin. He was lucky, as a pair of rough and big roadies suddenly appeared with confused and not happy expressions. They searched around to find the cause of the power outage and one climbed under the speakers. He reappeared with an even angrier expression. He gave the other roadie a short explanation, a signal was sent up to the band whilst the first re-plugged the power cord into the socket and the number continued with a full complement of musicians. The looks on the band’s faces were of relief, the looks on the roadies faces were set to kill. Luckily my friend had made his escape and he never learned the error of his ways. The way that John and Mick carried on showed what a talented pair they were and still are. Fantastic!

I am sure that other names of bands will come back to me, but there were a number of lesser successes that I do remember. Quiver, later to join the Southerland Brothers and enjoy some success on the singles charts, played. Mike Cooper, who was a folksy rocker, impressed me enough for me to go and buy The Machine Gun Company with Mike Cooper. The album was ok, but not as good as he was live.

The Poly also had the benefit of a large common room and they would play some great music there. A few years later, I was playing in a band with friends and we used to practise there on Sunday afternoons. Good times! 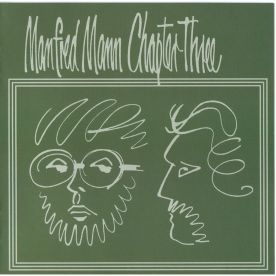 Across the road from the Poly was Thomas Danby College. I think it was a further education college and there I went to see Manfred Mann’s Chapter Three and Stackridge. Chapter Three were formed in 1969 after Manfred Mann broke up and I think they were newly created when I saw them. They were clearly more experimental than the previous pop band and I didn’t know the material. I can’t say that I was over-impressed. However, I did see Manfred Mann’s Earth Band a couple of times at Imperial College in the 1970s and they were fantastic. I had bought Nightingales and Bombers on cassette in 1975 and they did a few songs by, Bruce Springsteen, who I hadn’t heard of at the time.

With Stackridge, I didn’t know what to expect as I hadn’t heard their music. Another friend, loved them and I went along not sure what it would be like. What I did experienced was a strange and wonderful evening’s entertainment, full of humour and it was unlike anything I had ever seen or heard. They were relatively short-lived as a band, breaking up in 1977.

Of course there were many other venues in Leeds and I will cover some of them next time. These were fantastic times for live music and, being a teenager who loved music, this was heaven!