My first memory of listening to music was on our radio. This largish piece of furniture was wooden, had valves that lit up and dials that magically tuned in to radio frequencies, something that is still a mystery to me today. My favourite programme was Children’s’ Favourites, which ran from 1954 until 1984, and it had a range of songs that have stuck with me all my life. These included Nellie the Elephant, They’re Changing Guard at Buckingham Palace, The Owl and the Pussycat, The Laughing Policeman, Sparky’s Magic Piano and many others. Mum and my brothers got to know the songs by heart and we would all join in.

As we got older our tastes changed. Having an older brother, Andrew, helped as he became interested in the pop music of the time. Hearing the more up to date songs was not easy and often meant trying to tune in to the pirate radio stations, such as Radio Luxembourg and Radio Caroline. We had a friend near our house in Gipton Wood Crescent who had a crystal set and he could sometimes pick it up, but my brother was listening on the home radio and then there was an offer to buy a transistor radio for 50 pence. He sent his money and waited for the day when the parcel arrived and it was a red plastic, quite modern and light radio. I think it worked on batteries and was portable, which was high tech in its day. The reception was better and we started to get an insight into what young people were listening to. 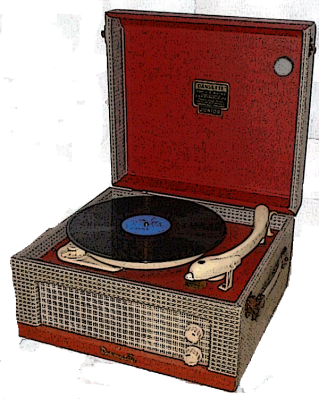 We had the Dansette record player and my brother started buying singles. The first I can remember was House of the Rising Sun, by the Animals, released in June 1964. I went with him to Varley’s at Harehills and he returned with the record, turned the player to 45 rpm and listened to the song. I was captured. This was what grownups did and it was different to Lonnie Donegan, the Shadows and similar artists that were popular. My brother was just 14 at the time and I was almost ten. He started going to the youth club at St Wilfrid’s, and there he heard even more. He kept up to date and even my mother started listening to and singing hits from the radio. By 1967 pop music became accepted and Radio 1 started. Tony Blackburn moved from the pirate stations and hosted the first show. From then on pop was heard on radios and trannies and cars were equipped so that car travel meant listening to and joining in the popular hits. Even TV got into the act Top of the Pops (1964), Juke Box Jury (1959) and Ready, Steady Go (1963) were compulsory listening for the young, or young at heart. 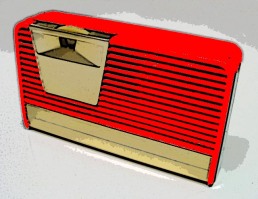 My brother’s taste was maturing and in 1967 he bought The Piper at the Gates of Dawn by Pink Floyd. I loved it and I still feel that it is a great album. I had loved See Emily Play, which was their first real hit. I was bought a small portable reel-to-reel tape recorder the next Christmas and I recorded Son of a Preacher Man by Dusty Springfield. The song was quite raunchy at the time and I loved it. Being thirteen, I started borrowing my older brother’s clothes and his music.

Piper at the Gates of Dawn followed me to youth clubs and was terribly manhandled. The same fate happened to a number of his records when he went to university and I still have a copy of his Easy Rider Soundtrack, but the best tracks won’t play and the needle just jumps. Sometimes he would come home and wonder what had happened to his things and a few altercations took place. His clothes were quite trendy and I remember wearing his black, shiny PVC coat on many occasions.

As I had part-time jobs at this time I started to buy records. Singles were cheap, particularly if you bought ex-jukebox ones. I was quite into the Small Faces and got most of their singles. I am afraid to say the first single I ever bought was Young Girl by Garry Pucket and the Union Gap. Nowadays such a song wouldn’t be allowed. One of my first albums was Ummagumma. Andrew had bought a Saucerful of Secrets and I had helped wear that out the previous year and it was with great anticipation that I placed the pristine first record on the mono Dansette record player with compatible cartridge. The needle arm was so heavy that I am sure it almost cut a new groove in the plastic. It makes me laugh when people are buying LPs again because they have a better sound. I just remember the clicks and scratches that marred even a new record after a couple of plays. Ummagumma was quite heavy going and I like some, but not all of it. Granchester Meadows is my favourite track still. I had previously purchased The Who Sell Out and I loved it.

My brother had bought most of the Beatle albums, and Bob Dylan’s Highway 61 Revisited and The Freewheelin Bob Dylan and Al Stewart’s Love Chronicles. I had given them my usual carefree handling, occasionally one would be used as a Frisbee, but I hoped that he wouldn’t notice. I believe even more disagreements and skirmishes resulted and sometimes he would try to stop me leaving the house wearing some of his trendy gear. 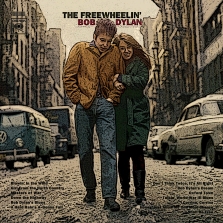 As time went on I did have some of my own. Who could forget Loon Pants, tie-dye shirts, Budgie Jackets and clogs from Boodle Am when the shop was, I seem to remember, upstairs in one of the arcades in Leeds. I believe there was also one near Leeds Uni. I know it became posher and moved to a flash store on Victoria Street. Oh, those were the days!

There were others who also influenced my musical taste. One from Roundhay School, Douglas (Duggie) was really into the Blues and he had an excellent collection of stuff like Dr John, Captain Beefheart, and Blodwyn Pig, which I wasn’t particularly interested in, but he played me an album that changed my taste and that was from a band called Led Zeppelin. He said they were a bit like the Who. Communication Breakdown and the other tracks on their first album opened my eyes to heavy metal.

Another friend was a couple of years older than me and we met at one of the two youth clubs we regularly attended, St Edmunds at Roundhay and the Methodist Club just a little further up the road. He lived at Harehills and his house had a cellar that he used as his trendy pad. I loved it. Dark, damp, but an almost adult free zone. He also loved music and he set up the cellar with a sofa, chairs and a sound system. Some of the first albums I heard played were Led Zeppelin 2, Crosby Stills and Nash, Threshold of a Dream and the best of all, In the Court of the Crimson King. My life changed for ever. 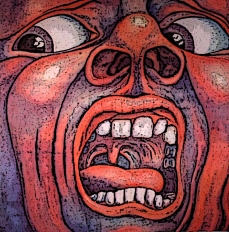 Music was something I would spend the rest of my life loving, needing and feeling. My enthusiasm for music came from my experience in these formative years. I guess I was just lucky to have been a teenager when rock took over the world. Bands were masters at their instruments and they saw themselves as artists that could change the world. They did, in a way, for those of us around at this time, but the heady days of belief have greyed and disappeared like my hair. Records were fantastic, but even better was seeing our gods play live. Venues opened up and Leeds Poly, the Town Hall, Leeds Uni., Queens Hall and many others provided inexpensive opportunities and I, like my friends, took advantage of them. 50 pence for tickets in 1969, but I have paid over 200 pounds in recent times. I will recount some of those halcyon experiences in the next Cup of Tea Tale. Let the music play on!