I am not sure exactly when it happened, but probably very early in the 1960s, the government removed the external row of toilets at the end of Regent Terrace and converted one bedroom in each house into a bathroom. This meant that my grandma’s house had one large bathroom and one bedroom. It was a real improvement and saw the end of the ‘Guzunders’ and trips down the lane to the outside toilet. I never liked going with the key to visit their specific toilet as they were cold, damp and dark as they had no lights. This was a real step into the modern world and was part of the development of the welfare state and improving the lot of the poor. My generation has reaped the benefit of this societal change and it is with real fear that I see it being steadily eroded. I remember the range being removed and a modern tiled fireplace  installed. The parlour became a much more pleasant room. As the water was heated through an immersion heater, there was no need to bring out the tin bath, or for us to suffer the ignominy of a bath in the sink, which was good, now that we were getting older.

Another change that had major implications, or at least was a good first step, was the introduction of ‘smokeless coal’. Now I still feel this was a definite misnomer, but the new coal produced far less smoke and started the change to cleaner air. The buildings of Leeds changed at this time as the sandblasting of the black stone edifices revealed the gleaming yellowy white structures that had been hidden and saw the change from the monochrome city to one of colour. There was discussion about whether the architects had intended them to be seen black and the first conversations about acid rain that had worn the edges of the sculptures and designs.This was a time of optimism, care for our fellow man and a belief that life could get better through the developments in science and technology. It was a brave new world, but now seems to becoming ‘1984’.

Anyway, as a child at my grandmother’s, my older brother and I were set to work on assisting this movement by painting the cellar. I think I have mentioned before that the house had a coal-chute under a iron cover on the pavement, underneath where the kitchen sink was. On coal delivery days a truck would reverse into the entrance of the lane and big strapping men, with leather aprons, would back up to the truck and grab hold of a sack, that someone positioned on the edge of the platform. With a grunt, he would lift it onto his backs and march down the street with a hundredweight of hard coal. The covers had been removed from the chutes and they would tip the open sack down into the chute. There was a great crunching noise and the coal landed down into the cellar. I loved watching the delivery and they would  ensure everyone got the right amount before they left. The men were covered in black coal dust and their white eyes stood out, as they chattered and joked and made light of their work.  I wonder now how their bodies put up with the treatment. Dust on the lungs must have caused a lot of bronchial problems and as they got older they wouldn’t have been able to carry such weight. I know how well they earned their Christmas boxes, when they came for the last delivery before Christmas. The boxes were a tip for workers at Christmas and the origin to the naming of Boxing Day, when servants and trades people were given gifts, usually of money. Milkmen, postmen, bin men and coalmen all would come around for their Christmas box. All just about gone now! Well, the postmen are fighting for their relevance and the bin collection is mainly automated, or at least it is here in Western Australia.

The painting of the cellar was a job that never made a lot of sense to me. The coal and coal dust, tended to form a black film over all it came into contact with. The coal was in its own section of the cellar, but there was a large opening with no door. The floor was stone flags and the air was cool all year round and had an earthy damp smell, that I have only ever experienced in cellars. Caves don’t have the same aroma, even though they are often damper. Thinking about it, it was probably that there was no flow of air. Cellar walls had to be white! I seem to remember that they were painted with something called distemper. (I have just checked this and distemper is a water based paint that allows water to pass through it, so it can be used on damp surfaces.) It was thin paint that needed a good stirring and we would paint the walls with a wide brush. It didn’t seem to cover well, but it certainly brightened up the older white paint. I can only think the white would produce a lighter effect when the electric light was on and brighten up the cellar. Washing was still done down there and food was stored in the cool temperatures as there were no fridges at first. There was no damp course in the cellar and the flags allowed damp to rise.

A short film of a wonderful historical building in the city of Leeds.

We spent a long time painting and my brother and I toiled away, with the best enthusiasm we could manage. I remember almost collapsing by the time we had finished, with sore arms. We were given a quick scrub and, luckily, the distemper paint washed off. After my grandma’s scrubbing, our arms were bright pink, well scoured and would cause no embarrassment if seen by the neighbours. Grandma was quick to revitalize us with some of her cooking and a few coins as payment. I am trying to think what she gave us to drink and I can’t remember. It could have been orange cordial as it was around, in fact you could buy orange drinks from the milk man. Starters was tinned tomato soup with an added dose of milk, followed by her legendary Yorkshire pudding. It was frightening to see her make it. Large meat trays of near boiling fat were lifted off the stove, pudding mixture poured in, sizzling, popping, almost exploding and then they were placed back in the oven. In a few moments they were revealed, vast pillows of crispy and thin Yorkshire pudding, with bubbles of delight. I had onion gravy and my brother golden syrup on his. This would quickly fill us up, but just in case she had missed any space, finally her rice pudding, or if we were lucky sponge pudding from a tin. My favourite was chocolate, but often we had treacle pudding. You can still get them, I believe. You had to pierce the tin and then heat them in boiling water for a while. With custard, they were magnificent and something to die for, and such a diet probably contributed to many an early death, but what a way to go! One thing I really loved was when she had fresh peas in their pods and we had to pop the pods to get to the peas. Some were so tasty and sweet, that I couldn’t resist eating them. If I did it too much there would be a mild scolding, but I knew she never minded.

By the time we had finished we would be too full to move. We would sit around and often play cards. A folding baize card table would sometimes come out, or we would sit in the front room at the small folding table.  She knew a number of games and taught us, pump the well dry, pairs, snap and patience. We would play for hours and she seemed to enjoy it as much as we did. The only thing that annoyed me, was when my younger brother started to play with us and my grandma would always ensure that he won. I always thought that was unfair, but I am sure she did the same with me when playing with my older brother. Grandad would sometimes play, but he became ill whilst I was still little. When we were older, she taught us whist and I really enjoyed it. When I was little I always enjoyed cards. The feel and look of the cards was special, almost magical. Leeds was the home of playing cards with Waddington’s printing them from 1922. 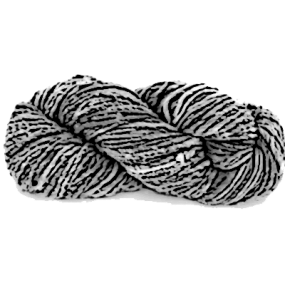 Another interesting thing was her rug and embroidery. She had what she called a ‘peg rug’ and it was a doormat made up of lots of small pieces of cloth. I know they were quite prized and were very robust. As I was getting older I believe she got what were called ‘Readycut Rugs’. These were a kit where you bought a base with a printed pattern on it. It came with bundles of wool of various colours. Each piece was about two to three inches long. You made a loop and hooked into onto a tool, pushed it through the base at the right colour spot, looped it through and pulled it tight. It was a slow process but eventually you produced a thick rug that was serviceable and had a design on it. My mother also became interested in these and made quite a few. We even had them bought as a Christmas present one year and my older brother and I enjoyed doing them. My grandma also loved embroidery and she, and many other elderly ladies, spent hours and hours producing wonderful tablecloths with exquisite designs and colours. I loved watching her work at it. She seemed very skilled and worked at quite a pace. My mother did a little, but her real love was knitting. Many were the hours she would sit with the clicking of needles, the pulling of wool, the staring at the pattern and sometimes the unravelling if she had made a mistake. Wool didn’t always come in balls. Sometimes it was in skeins and we would sit with our arms outstretched with a great loop of wool as she pulled it out and rolled it into a ball. Many were the jumpers that my mother knitted and I would get them for birthdays or Christmas well into my middle age. I remember they made me itch and often they would shrink in the wash, but I would never not wear one she had made. My sons also were a new reason to knit and I have many photographs of them wearing her creations. Happy times!

Below is the link for each of the first seven parts to Hell Fire, the fantasy novel. The SoundCloud player allows you to stream each part, approximately thirty minutes each, at no cost. Hell Fire is a fantasy novel and is fast paced, with humor, horror and fascinating characters. A new part will be added each week.