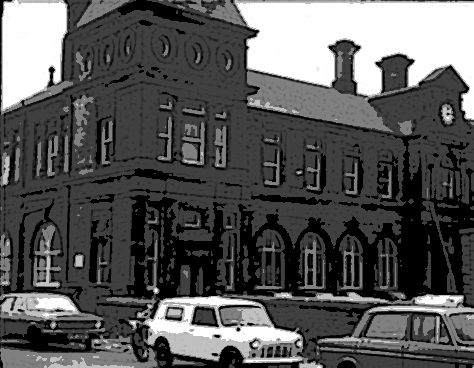 Childhood is an interesting period and often we think that we have no memories of those early years, but I think with the right prodding the memories pour back from the dim recesses. One of those recently prompted memories takes me back to primary school. I attended Harehills County Primary School from the age of seven years. The school is no longer there and structurally it probably shouldn’t have been used when I attended.

It was not my first school. I had attended Stainbeck Preparatory school from the age of four, but the headmistress and owner suddenly died and the school closed. Harehills was my local, but my mother wasn’t too sure how good it was. I started the same day as the new headmaster did in 1961, I think. He had the famous name of Harold Wilson and he was in a bit of a flux when we arrived for my interview with him. Schools were streamed by ability then and there were five streamed classes. Mr. Wilson seemed very friendly and a bit unprepared. He asked my mother about me and she claimed I was very bright. This was give me the best chance of being in one of the top classes. I was asked a few questions and the headmaster asked me to read for him. The only book he could find at the time was the bible and he handed it to me , showed me the verse and off I went. I didn’t think anything of it, but the end result was that I was put in the top class, for the time being. My mother was delighted and afterwards I head he saying to my father that she almost said I was average to not sound conceited.

The school was of the traditional infant primary structure and it was very old then. It was on two levels and the primary school had a central hall and was surrounded by classrooms. There were two entrances and they were quite separate schools. I started the primary school and had to climb up the stairs. There was a very basic external toilet block and a small tarmac yard for lunch and playtimes. The whole of the time I attended we never had any functions where parents could attend as there were concerns about the structure of the hall. It was felt that the additional weight of adults and chairs could cause the hall floor to collapse. Whatever the concerns, no one ever did anything to fix the problem, though on one occasion when I was in Mr. Kelly’s Year 4A, class we did have to go into the hall with another few classes and jump up and down whilst, I suppose, engineers checked the movement. I am not sure such an approach would be allowed nowadays.

There was no facility for lunches in the school and so at lunch time the whole school lined up and was escorted in our hundreds to a  hall beneath a local church on the other side of the main road. There was a crossing and the logistics of moving all the school safely to and from the hall was well managed and I don’t believe we ever lost anyone. The meals were not usually too appetizing. Meat, two vegetables followed by pudding was the usual fare. It was plain and nutritious and so shortly after World War 2, it was a wonderful introduction. Some children got free school meals, but most of us brought our money in on a Monday morning. It was half a crown I think, at first, sixpence a day. As I remember, the dinner ladies were one of two extremes: either weasel thin, or plump and well rounded. Dinner ladies’ arms tended to be noticed as we lined up to have the meals dolloped on our plates. If it was something you liked, you loitered hoping for a bit more, if it was something you loathed, you would say no thank you, as you passed along the line. Kindly ladies, might let you get away with it, but others took absolutely no notice. That was the total level of choice. My favourite desserts were jam roly-poly with custard and spotted dick, again with custard. Sometimes it was chocolate steamed pudding and that occasionally had chocolate custard. At other times, pink custard was on offer. Some children liked the skin off the custard, but I was not one of those. Unfortunately there was often  rice pudding, semolina or the very worst, sago pudding, known as frog spawn.

Years of such puddings probably added to the hardening of my arteries, that I have spent the last forty years trying to control with running, diet and medication. But on the whole I loved the dinners. I was tricked once. I was led to believe that the option was chips and boiled potato with a hint of parsley, but after having a large serving of chips, I discovered they were parsnips in disguise and I was forced to eat them. You didn’t dare not eat everything. Each plate was inspected, and unless you could make yourself sick, or die in the hall, there was no alternative, but to eat the plate clean. “For what we are about to receive, may the Lord make us truly grateful!”

The return journey allowed us the rest of lunchtime to play in the small, overcrowded yard. Soccer, cricket and the numerous other games crisscrossed the yard and somehow our focus was sufficient to avoid major collisions, but there was always the chance of being hit by a stray ball from another game.

The day started with a whole school assembly and then we were off to our lessons. Morning break was preceded by the delivery of the class milk. Each child had a glass bottle of milk, a third of a pint, introduced to keep rickets and other conditions at bay. I loved the cream off the milk, but in summer, occasionally when we had a hot day, the milk would be turning. If you were good in class you might be a milk monitor and you would head off early to collect the milk bottles in crates. It was a two person job and as we had between forty to fifty children in the class it took the same two to return the empties.

The school was a place I loved. The floors were bare wooden floorboards and very rough after years of wear. For assemblies we sat on the floor and had to take care to avoid splinters. I believe it was on a Wednesday, or was it a Thursday, we had radio assemblies. This was just for part of the school and we sat around a large radio and they played a programme. In the assembly there would be a biblical story and we listened to Daniel and the Lions Den, The Fiery Furnace, the Good Samaritan, Noah’s Ark and other stories, and there would be the Lord’s Prayer, and maybe an Aesop’s Fable or other story. I used to look forward to them. 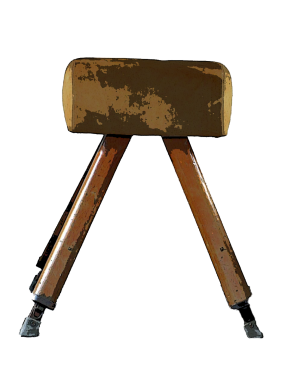 Even the Year 1 classroom was very formal. The first desks we had were cast iron, paired desks, with built in bench seats. You could not move the seats to fit different children sizes and due to the weight of each pair of desks, the classrooms could not be rearranged. At the back of the hall were rows of bookcases fixed to the wall and that was the library. It was there that I found the Lion the Witch and the Wardrobe. It was just by chance. I liked the name and discovered a world of magic that has stayed with me ever since. I do remember a book I chose before. I think it was called the Load of Unicorn and was not about the mythical beast, but was a historical novel about printing and the Load of Unicorn was paper.

The school was on a slope so there was an additional room underneath the Infant’s School section, across from the toilet block, and this room was used as the gymnasium. We had to strip down to underwear in the classroom and head down to the gym. As we got older we used to do vaulting on the horse or the box. It was very military as we lined up, ran in, vaulted and, if Mr. Kelly was on song, he would support you as you flew over and, if not, you had a hard landing on the thin green rubber mat. 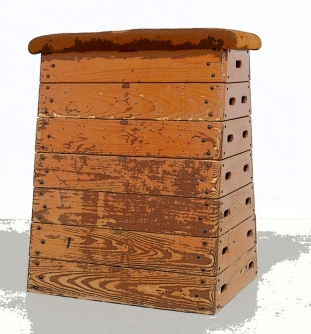 Time flew past like the vaulters, and the forward rolls, head stands, hand stands were probably very character building. Some were talented, some of us scraped by, and some suffered the ignominy of failure being reinforced on every occasion. Was it character building? I guess we’ll never know, but I know I loved it!