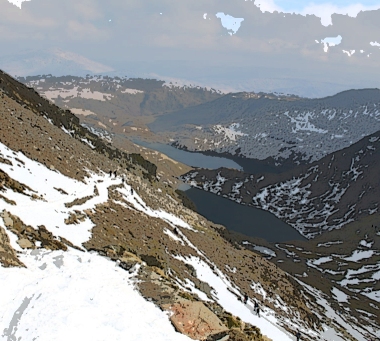 It was an earlier blog on the sartorial elegance of the 1970s that reminded me of an intrepid attempt to scale Mount Snowdon in North Wales. At the time I was a teacher training student at Borough Road College in Isleworth, West London. Now for modern folk, a student at this time meant a grant provided by the government that paid for tuition, board and lodging, and the basic essentials. It was means tested and my parents did have a to contribute 25 pounds a month. I am not sure how that would equate nowadays, but it was a reasonable amount. After my first year Ted Heath, the prime minister, introduced a reform which saw the grant almost double. I was studying English and Geography and as there was a Geological Society at the college, I joined with a few friends. The society was basically a means of having student union supported road trips to interesting parts of the UK for weekends, that were almost as much about alcohol consumption as anything else.

My friend, Keith, and I took the local authority minibus test so that we could drive the council buses and we both passed. With that ability under our belts, a trip was arranged to Snowdonia National Park. We were to stay at a small farmhouse that one of the lecturers owned. Now Snowdonia was becoming a required second home location for ageing hippies, as Led Zeppelin owned, or at least stayed at such a farmhouse, Bron-yr-Aur and wrote a number of songs there.

It was Friday afternoon that a minibus full of,  a dozen or so excited students, headed off for North Wales.  I was driving  and after the first hour darkness and ultimately silence filled the bus, as most of the occupants fell asleep. The passenger at the front next to me, had the role of making sure I didn’t fall asleep, but eventually, we made a stop at a service station of the M4, to relieve bladders, wake up and generally refresh. We soon after crossed the Severn Bridge and entered South Wales.

As before, the passengers soon fell asleep and the navigator, long before even the thought of satnavs had come into anyone’s head, kept checking the map, yes paper, and made sure I kept on track and awake. We drove late into the night and then beyond. The roads changed from a motorway to minor roads and as we got further into Wales they became even smaller. I was very tired, but constant chatter from the co-pilot ensure I did not drift off into the arms of Morpheus. (Something that has happen on a couple of more recent occasions)

The journey seemed endless and in the early hours I discovered I was on my own, with the sound of snoring and deep breathing. Eventually, just before dawn, we arrived at our destination. The passengers were awoken and a rather motley crew disembarked and carried what luggage we had into the farmhouse. The key was where it had been left, under a plant pot, and the old wooden door opened into the ancient abode. The house had stone floors, low ceilings and the dampness that comes from being locked up, unheated, having a lack of modern damp course and from being in one of the wettest locations in the UK. The damp was accompanied by the obligatory smell of mustiness and the scent of past wood fires.

The first job after arriving was to put the old kettle on the gas cooker. It lit and gave a little more cheer, particularly when it whistled for us to come to have a cuppa of tea or instant coffee. Being the one who had had no sleep, my needs were met first and I wandered out to the bitingly cold morning to see the first rays of dawn peep over the top of the mountains and Snowdon in particular. The sight, more than the coffee, revived me. It was truly breathtaking. The mountains were covered in snow and the orange rays lit them in an awesome way. I had intended to go a get some sleep, but I think it was me who suggested to the assembled travellers sharing the view, that we should not hesitate, and climb Snowdon. 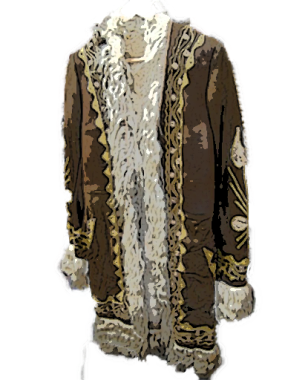 This suggestion was unanimously agreed upon and we dressed for the 3406 feet ascent of the highest mountain in Wales. Now this height may get you thinking Snowdon is more of a big hill than a mountain, but you would be wrong. Mount Snowdon is a real mountain. It is pointy, stands above the country with sheer crags and from the side we viewed it from, could have been Everest. The group got dressed in the most suitable attire they had. In my case this was walking boots, jeans, shirt, jumper and an Afghan coat. I had long hair at this time, but I did sport a flat-cap and a scarf. The temperature was well below freezing and thick hoar frost covered all vegetation in a  white layer. I unfortunately didn’t have any gloves, so I decided two pairs of socks on each hand would  offer a not too embarrassing  substitute for mittens.

A limited individually wrapped supply of biscuits and fruit cake was distributed and Keith took over the driving. It was decided we would take the Pyg track. We arrived at the car park at Penn-y-Pass and set out on foot on the assault on the mountain. The guide book suggested a five to seven hour round trip. The air was bitingly cold and there frost was even thicker as we made our way. The view was stunning, the top of Snowdon shone in the crystal clear air, our mouths steamed and each breath hurt the lungs with the deep chill. Water within the grasses had frozen and expanded. There were myriads of fine straws of ice, air thin, protruding from each blade of grass, or whatever, the vegetation was.

At first the journey was easy and invigorating. The footpath was wide gentle and passed Lyn Lydaw and later Glaslyn as we scaled the slopes leading to the mountain. The lakes were the remains of the glacier that had cut out the hollows as the were created on the mountain and made their way down towards the sea, during the last ice age. Snowdon is a synclinal mountain, formed with bent rock stratas in a U-shape. The upper folds had long been eroded and the mountain uplifted. It would appear there was some Geology in the Geological Society after all.

We trudged on and the day got brighter but definitely no warmer. After passing the glorious water of Glaslyn, we started to climb. The track was narrow, steep and we began to need our hands in places. Finally the top of the mountain was clearly before us, a ridge running off to the right, the Crib Goch. The weather and our energy, or at least mine, was beginning to flag a little. I began to regret my suggestion of tackling the mountain that day. My hands were starting to freeze and the ‘gloves’ had gone hard where the sweat had frozen. It beat my hands against my body to warm them, but all it succeed in doing was make my hands hurt. We carried on and the earlier chatter now became muffled moans.

Snow! The first flakes were sparse and tiny, but as we ascended the flakes became bigger and heavier. An hour later the snow was definitely heavy. We looked like some kind of heroic explorers, white covered. In my case, with the Afghan jacket, I looked more yeti-like than human. I was really exhausted at this point. The lack of sleep, lack of energy and the biting cold combined to drive any enthusiasm out of me. We hadn’t seen any other travellers since a number passed us on the way down, to warmth, comfort and safety. We were getting within a few hundred yards of the summit and I felt we could make it. We had to make it! It was an adventure. On we plodded. Each footstep was a challenge.  The world seemed to bounce with each footstep. We were climbing at this point as the track was almost vertical in parts, but the summit was within reach. The world suddenly went white. What had been snowfall now became a blizzard and we really couldn’t see what we were doing. The group had been stoic, up to this point, but knowing we had to walk back the same distance we had come, produce the  wise decision to admit defeat. The weather, not the mountain had defeated us.

Our mood fell, as did the altitude, on the way down. It was, in many ways, more difficult to make our way down. The danger of slipping was more evident as we faced out from the slope and at times one or another fell onto our bottoms, slipped downwards, often colliding with others and sending them downwards like scree. An hour later we were getting lower and the snow stopped, which was a blessing, but the day was passing and the air was even colder. We reached Lyn Llydaw and there was a junction to the track. We checked the map and we were not sure which was the shortest route back to the mini bus. Most were too tired to argue and eventually we accepted what Clive Sturgis said. In normal circumstances, Clive would be the least likely we would have followed, but this time we did. The exhausted, but at least still alive group continued on. Two hours later we realized that the last section had taken twice as long as it should have. Clive’s map reading was clearly at fault. If we had not been so tired I think we may have killed him there and then, but we just seethed within our own shrinking world of pain, cold and misery.

Finally we reached the car park. The bus doors opened and we trooped in. I would like to thank Keith for driving. I certainly wasn’t in a fit state. My hands were frozen blocks and the sock gloves had probably just prevented frost bite, but not much else. We arrived at the cold dark farm house and then had to set about lighting fires, meal preparation and generally recovering. I don’t know how everyone managed not to impale Clive on some sharp object, but we did. It is surprising what a few alcoholic drinks around a blazing fire after a physically exhausting day, can do to restore spirits. It was assisted by someone having brought his brand new copy of Wish You Were Here, released a month or two earlier in September 1975. Like all good hippy dens, the farmhouse did have a stereo HIFI system and we sat, mulled in wine, heat, companionship, exhaustion and a shared understanding that we had been lucky that day. I believe there may have been the odd herbal cigarette in action and the mood, music and camaraderie meant that ‘We Were Glad We Were Here!’

We never climbed Snowdon that trip, but I did several years later and once again that proved to be another near death experience.