I am just finishing a Christmas song for release later in the year so maybe that, and the winter weather here in Perth, Western Australia, has taken me back to Christmas as a child at my Grandma’s. It was always a magical time, especially as the family used to come together for Christmas parties. On Christmas Day the party was at our house and my Uncle, Aunty, cousin and grandparents, Harry and Mary, all came around, but Boxing Day we went to my Grandma’s. As I have mentioned before, the house was hardly spacious, but we all fitted in and it was a merry old time. Uncle Ernest, Dad and Harry would soon head off to the Nag’s Head, whilst the ladies would busy themselves making sandwiches etc. What sticks in my mind the most were the games we would all play. Simple, but at the time, the only occasion we ever played them. One involved dropping ‘dolly pegs’, split wooden clothes pegs, into glass pint milk bottles. Each competitor, which was everyone, would stand hold the peg at waist height and try and drop them into the bottle. We had about three or four turns each and the one with the most at the end of the round was the winner. Of course, most bounced off the edge to rounds of laughter and the occasional one went in. The children did have a distinct advantage being nearer to the bottle and often one of us would be the winner. I don’t remember prizes, but maybe we did have them.

Another game was ‘The Ring that is Passing. A ring, often one of the wedding rings, was threaded through a long piece of string and the string tied off. One person stood within the ring of string and all the others held the string with both hands and chanted, ‘The ring that is passing has just passed by,’ and all the hands were moved from left to right, disguising where the ring was and sometimes passing it from one to the other. The person in the middle had to touch the hand of the person that they thought had it. That person opened their hand and if the ring was there they swapped over. If not, then the game continued. It was great fun for us and after a few drinks, great fun for the adults. Simple times, but they had a magic that may have been lost, or maybe I’ve just grown older.

Other games could be played such as ‘Pass the Parcel’ and even the ubiquitous ‘The Parson’s Cat’. In the Parson’s cat you took turns to say, The Parson’s Cat was a …. and you inserted a word starting with ‘A’. You had to be quick and you were out if you hesitated or couldn’t think of a word. Once it had been around the room with ‘A’ it then continued and this time with ‘B’ etc. If someone was out the next person started again and this time with the next letter. Some letters were very easy, but some proved very challenging. Fun, silly and also good for extending children’s vocabulary.

Sometimes we were expected to perform and as we got older violins might have to be played and our cousin, the only daughter of Joan and Ernest, would play a short piece. My older brother similarly did, on occasions, and it was the least pleasurable part of the evenings. As we aged, Spanish guitars would make an appearance and we even sang a carol or two. 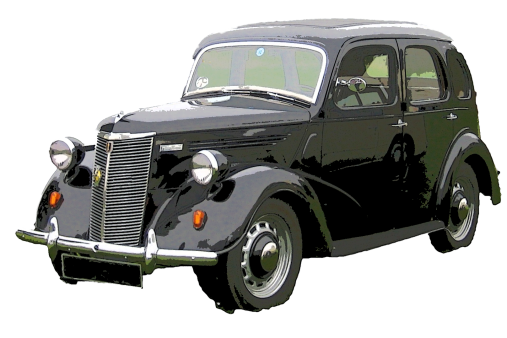 One drawback was that the children had to pay a visit to the neighbours, Miss Clarkson and Mrs. Orange. I am not sure why I wasn’t too keen, maybe my brothers can help me with that, but it was a bit of a chore. Probably it was just that I wasn’t sure what to say. The were very kindly ladies, ancient and so old fashioned, even then. They would often give us a bar of chocolate or something and wish us Happy Christmas. Really my Grandma probably felt they needed some company at Christmas and the elderly like to see children. Anyway, the visits were only short and I hope the two ladies enjoyed them.

Prior to the arrival at my Grandma’s on Boxing Day, we visited Aunty Maud and Aunty Ethel. I am not sure what relations they were and again, maybe my brothers can help me out. I think they were cousins of my mother and her sister. Again they lived on their own and they were kindly, welcoming and always gave us presents. The visit gave my parents time to catch up with them and they seemed very posh. They lived in Chapel Allerton, next to the allotments and the park. The houses looked across Gledhow Valley and were large semi detached houses with big gardens. We arrived before we had any time to become dishevelled, hair watered and combed down, shirts tucked in, shoes cleaned and manners similarly polished. The houses had thick plush carpets of a very light colour and were definitely not child-proofed. We had to sit still, politely saying thank you and listening to adults talk about things we did not know or understand. One of their daughters, Dorothy, was sometimes there and she spoke with a particularly posh voice and she had almost white make up and red lipstick and cheeks. I was intimidated and the end of the world would have been to spill something on her carpet. Aunty Maud was much older and a warm friendly lady. Many years later my father and I would go around to cut her lawns when it became too much for her. My father once caught her in her eighties on the landing on the stairs, with one knee on the window sill whilst she cleaned the window, with a drop that would have killed her beneath her. She was a very determined lady and my dad was very fond of her.

At the end of the party, tired boys would be herded into the back of the car, no seatbelts in those days, and we would often sleep all the way home.